Choose from 58 pictures in our Tow collection for your Wall Art or Photo Gift. Popular choices include Framed Prints, Canvas Prints, Posters and Jigsaw Puzzles. All professionally made for quick delivery. The GLC-LFB was created on 1 April 1965. A series of photos was commissioned of each type of fire engine, either within or absorbed into the enlarged London Fire Brigade. The Dennis Breakdown Lorry (BL) seen here at Clapham fire station (B21) was the latest model London Fire Brigade BL. There was only one BL in the enlarged fire brigade. The Man in the Moone

C17 space traveller Domingo Gonsales, who has trained wild swans to tow a burden through the air, is carried by them to the Moon, where they are accustomed to hibernate. Date: 1638 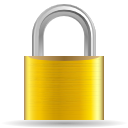 WW2 - Elverum, Hedmark County, Norway - destruction caused by German advance. in April 1940, Norwegian troops had prevented German paratroopers from capturing Norway's King Haakon, Crown Prince, and the Parliament while the Parliament was meeting (in Elverum - the temporary capital) to issue the Elverum Authorization, authorizing the exiled government. On April 11th, shortly after the government's refusal to submit to German terms, the centre of Elverum was reduced to ashes as can be seen in this stark image. Date: 1940